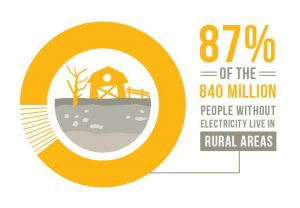 More people are using electricity than ever before, with the proportion of the global population having access to this service. Still, 840 million people were without this essential service in 2017, mostly in sub-Saharan Africa. In that region, only 44 per cent of the population had access, and an estimated 573 million people still lacked electricity.

Globally, electrification of rural areas progressed swiftly between 2015 and 2017, but a large gap remains. In 2017, rural coverage was 78 per cent compared to 97 per cent in urban areas. This means that 87 per cent of the people currently without electricity live in rural areas. 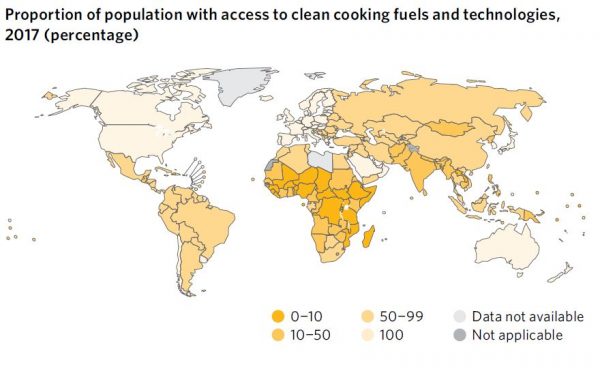