The world is making progress towards Goal 7 – energy is becoming more sustainable and widely available. 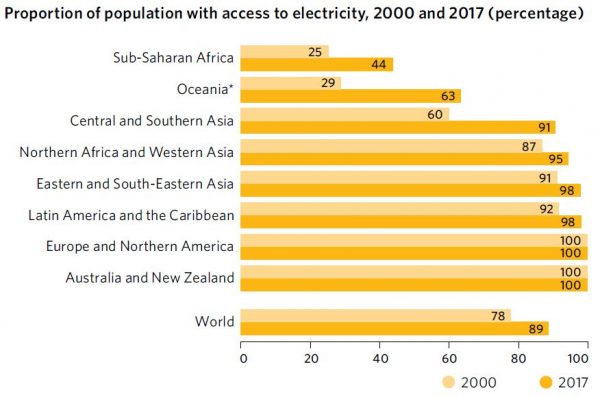 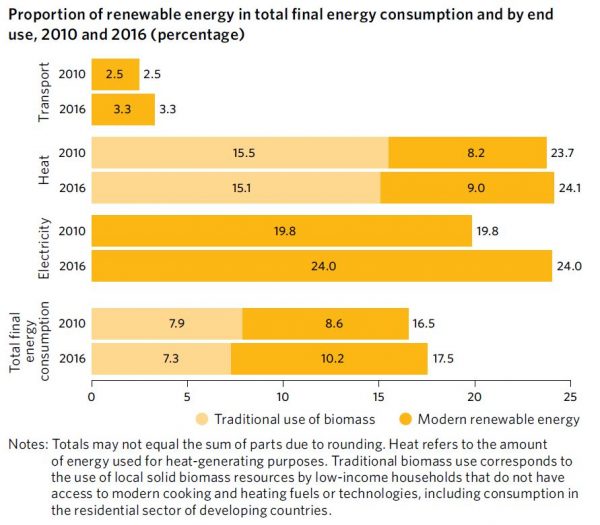 More people are using electricity than ever before but still 840 million people were without this essential service in 2017, mostly in sub-Saharan Africa. In that region, only 44 per cent of the population had access, and an estimated 573 million people still lacked electricity.

The share of renewable energy in total final energy consumption reached 17.5 per cent in 2016, up from 16.6 per cent in 2010. Most growth in renewable energy has been concentrated in the electricity sector. This is mainly due to the rapid expansion of wind and solar power, prompted by sustained policy support and cost reductions. However, electricity makes up only 20 per cent of final energy use. The remaining 80 per cent is concentrated in the heat and transport sectors, where modern renewables penetrated only 9 per cent and 3.3 per cent of the global market, respectively, in 2016. Meeting the ambitious SDG target will require increased policy attention to the deployment of modern renewables in both of these key sectors.