If the SDG target for under-5 mortality is met, the lives of an additional 10 million children will be saved by 2030 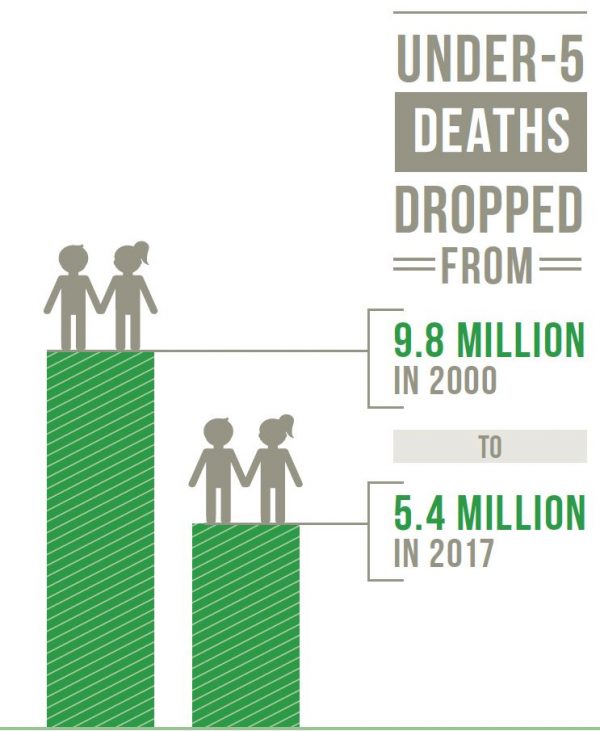 Remarkable progress has been made in child survival worldwide, and millions of children under 5 years of age are more likely to survive today than in 2000.

The under-5 mortality rate has fallen by 49 per cent—from 77 deaths per 1,000 live births in 2000 to 39 deaths in 2017. The total number of under-5 deaths dropped from 9.8 million in 2000 to 5.4 million in 2017. Half of those deaths occurred in sub-Saharan Africa, and another 30 per cent in Southern Asia. Almost half (2.5 million) of the total number of under-5 deaths took place in the first month of life—the most crucial period for child survival.

Many of these deaths could be prevented through interventions such as vaccinations, exclusive breastfeeding, proper nutrition, appropriate treatment of common childhood infections, as well as reductions in air pollution and access to safely managed drinking water and sanitation.