After extended progress, the number of people suffering from hunger is on the rise 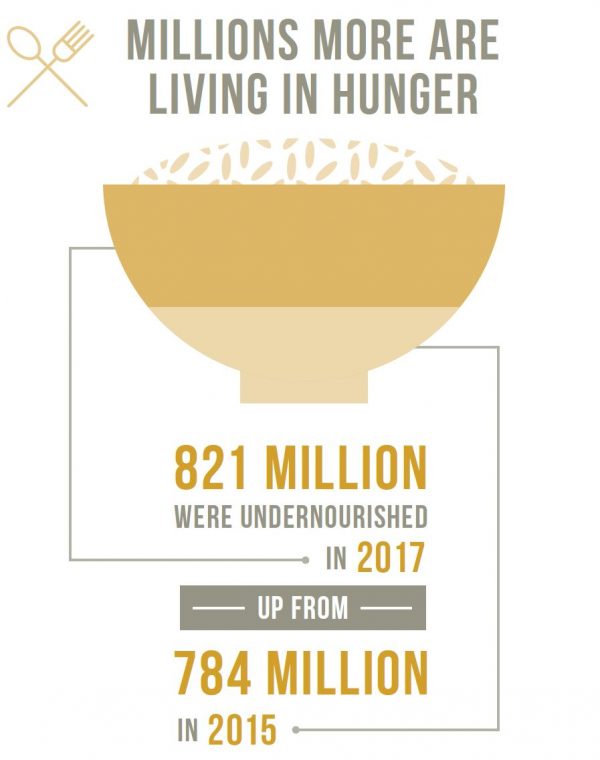 Despite earlier extended progress, the number of people suffering from hunger has been on the rise since 2014. Stunting affects the growth and cognitive development of millions of children, while the prevalence of overweight – the other face of malnutrition – is increasing in all age groups. In the wake of conflicts, climateinduced shocks and economic slowdowns worldwide, intensified efforts are needed to implement and scale up interventions to improve access to safe, nutritious and sufficient food for all.

Specifically, attention needs to be given to increasing the agricultural productivity and incomes of small-scale food producers, implementing resilient agricultural practices, and ensuring the proper functioning of markets. Finally, in ensuring that no one is left behind on the road towards zero hunger, the intergenerational cycle of malnutrition must be broken.