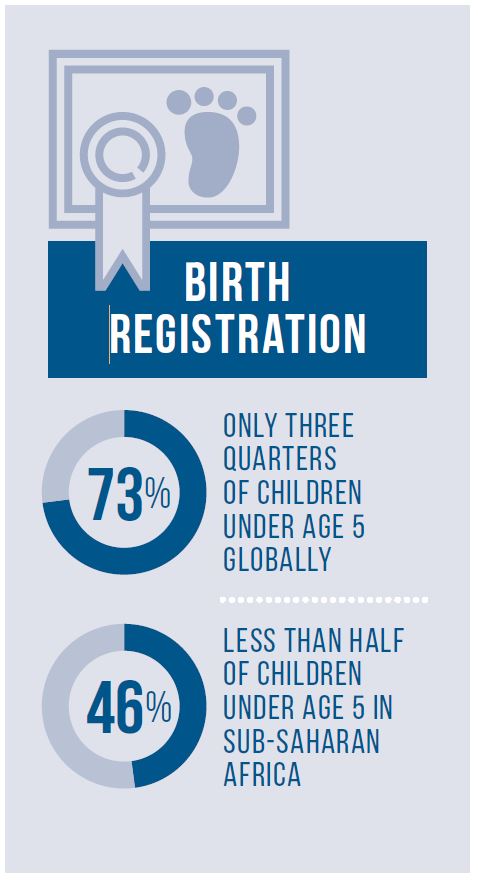 Birth registration is a human right

Birth registration is fundamental to helping people access their individual rights, such as basic social services and legal justice. Yet, less than three quarters (73 per cent) of children under 5 years of age worldwide have had their births registered, according to data from 161 countries over the period 2010 to 2018. Many countries and regions have reached universal or near universal coverage, but in sub-Saharan Africa, fewer than half (46 per cent) of all children under 5 years of age are registered. Central and Southern Asia and South-Eastern Asia also lag behind at 68 per cent and 82 per cent, respectively.

Much work has been done recently to improve civil registration systems and to raise awareness among citizens, but continued efforts are needed to ensure that all children can claim their right to an identity. 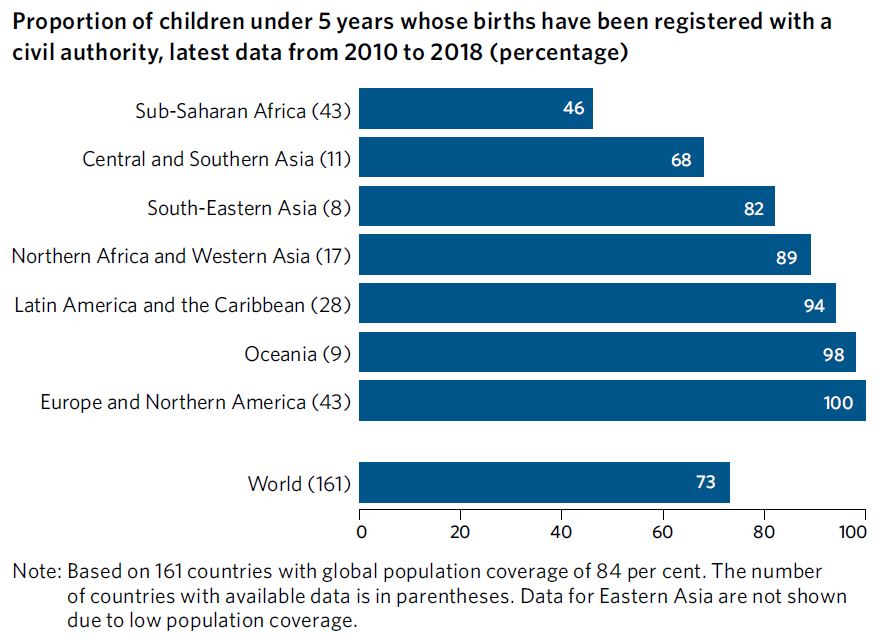 In recent years, a growing number of trafficking victims have been detected in countries around the world: from an average of 150 detected victims per country in 2010 to 254 in 2016. The increase in the average number of detected victims per country may be a sign of increased efforts by authorities to identify victims; alternatively, it could reflect a growing trafficking problem. 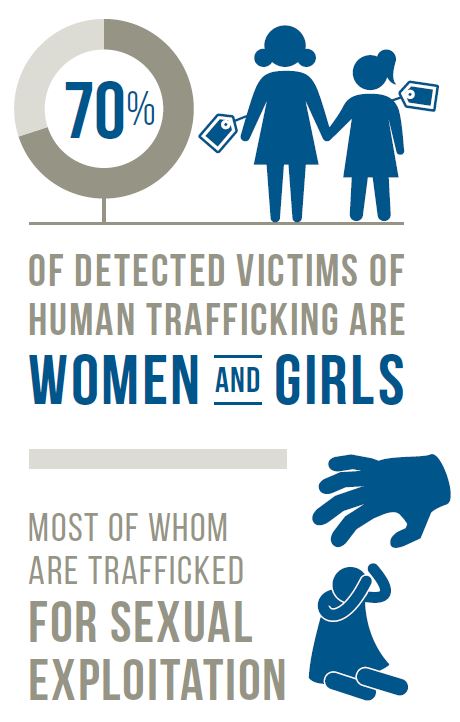