Peace is not reality for everyone 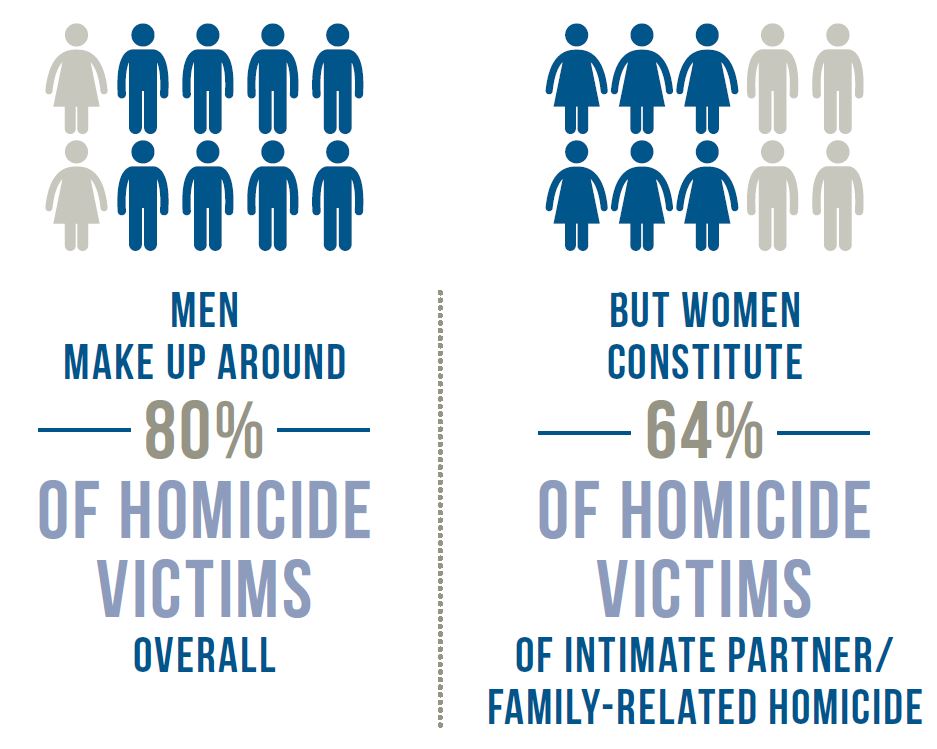 Realizing the goal of peaceful, just and inclusive societies is still a long way off. In recent years, no substantial advances have been made towards ending violence, promoting the rule of law, strengthening institutions at all levels, or increasing access to justice. Millions of people have been deprived of their security, rights and opportunities, while attacks on human rights activists and journalists are holding back development.

Men made up around 80 per cent of homicide victims overall, but women constituted the majority (64 per cent) of murder victims in cases of intimate partner/family-related homicide. For intimate partner homicides only, the share of female victims was even higher at 82 per cent. Young men 15 to 29 years old faced the highest homicide risk overall with some regional variations.

From 1 January to 31 October 2018, the United Nations recorded and verified 397 killings of human rights defenders, journalists and trade unionists in 41 countries. Every week, an average of nine people were murdered on the front lines of efforts to build more inclusive and equal societies.

One in two victims had been working with communities on issues involving land, the environment, poverty, the rights of minorities and indigenous peoples, or the impact of business activities. Journalists and bloggers constituted one quarter of the total number of victims killed, and most of these murders occurred outside of countries experiencing conflict. 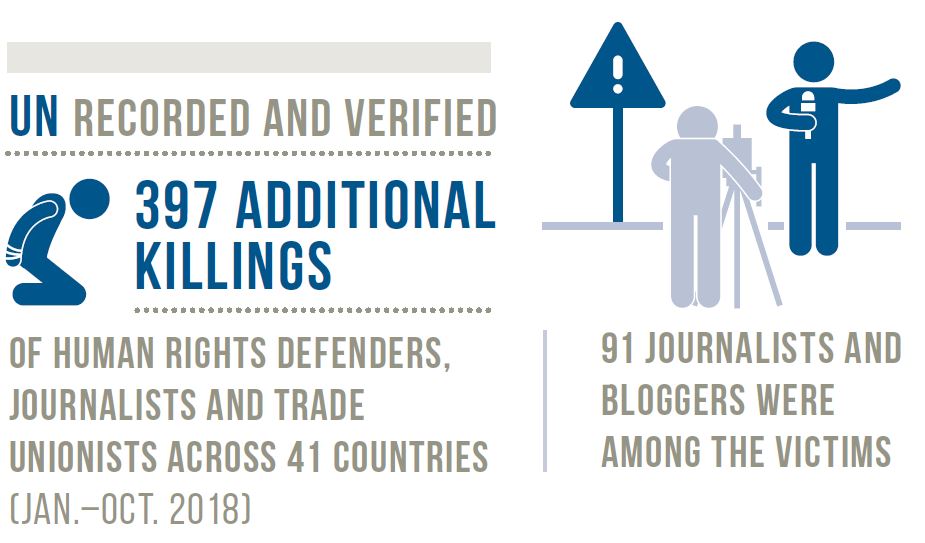