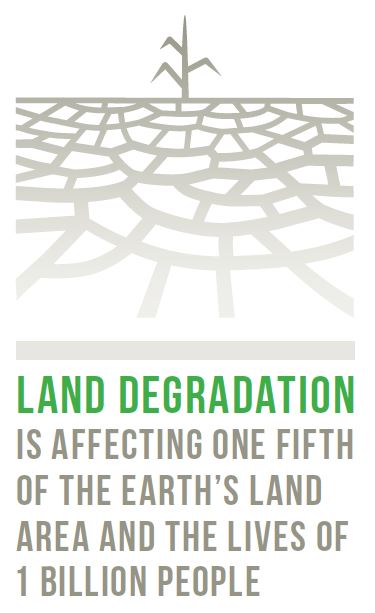 Twenty per cent of the Earth’s total land area was degraded between 2000 and 2015, resulting in a significant loss of services essential to human well-being. That estimate is relatively conservative given the underlying sub-indicators, which only represent three variables: changes in land cover, land productivity and organic carbon in soil.

In all regions, except Europe and Northern America and Northern Africa and Western Asia, the extent of degradation covered 22.4 per cent to 35.5 per cent of land area, directly impacting the lives of over one billion people.

Global trends in land cover indicate a net loss in natural and seminatural classes of land due largely to human-induced processes, including desertification, deforestation, improper soil management, cropland expansion and urbanization. Significant declines were also observed in the productivity of land cover classes that remained unchanged, with grasslands incurring some of the greatest losses. 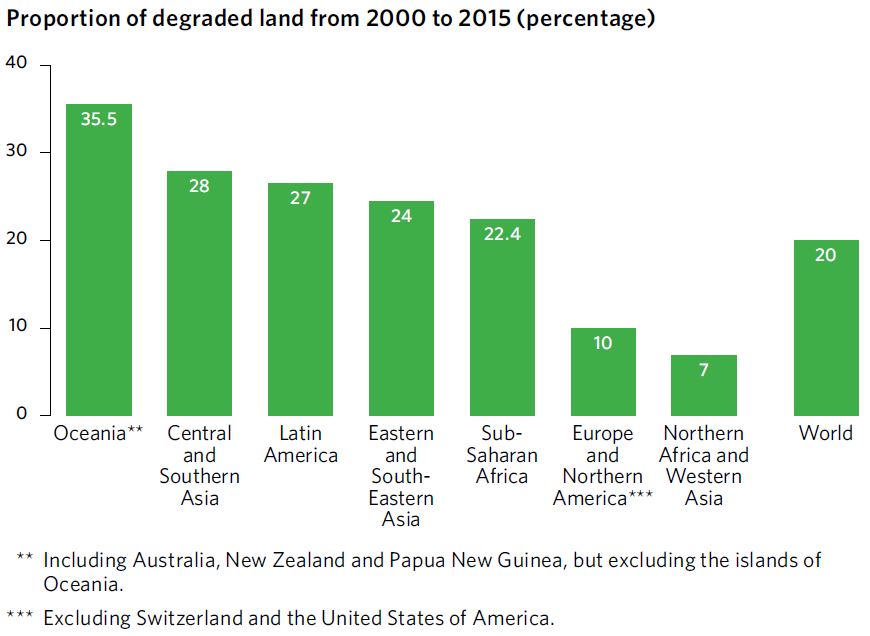