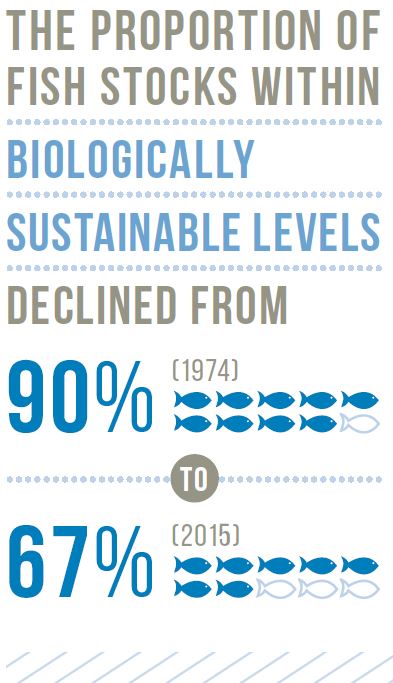 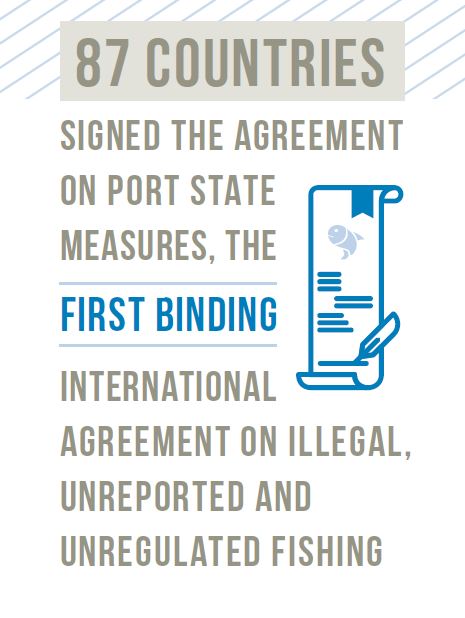 To preserve the health and productivity of fisheries, fish stocks must be maintained within biologically sustainable levels. Overfishing not only reduces food production, but also impairs the functioning of ecosystems and reduces biodiversity, with negative repercussions for the economy and society. Worldwide, the proportion of marine fish stocks that are within biologically sustainable levels declined from 90 per cent in 1974 to 67 per cent in 2015. However, this decreasing trend appears to have stabilized since 2008 – an encouraging sign.

In 2015, the Mediterranean and Black Sea region had the lowest percentage of sustainable fish stocks (37.8 per cent), followed closely by the Southeast Pacific region (38.5 per cent). In contrast, the Eastern Central Pacific and Northeast Pacific regions had the highest proportion of fish stocks at biologically sustainable levels (above 85 per cent). More focused efforts are needed to rebuild overfished stocks, particularly in severely depleted regions. 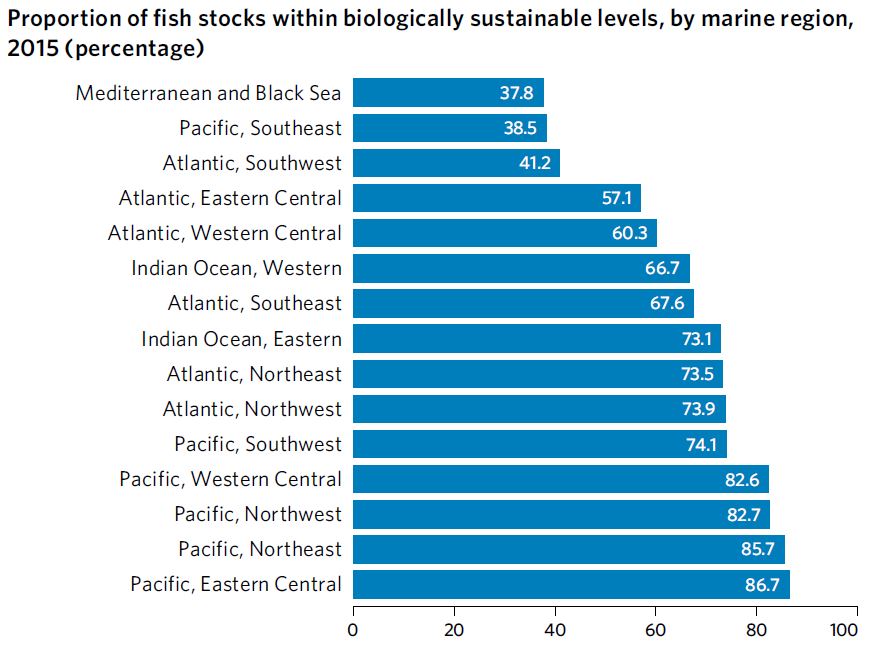