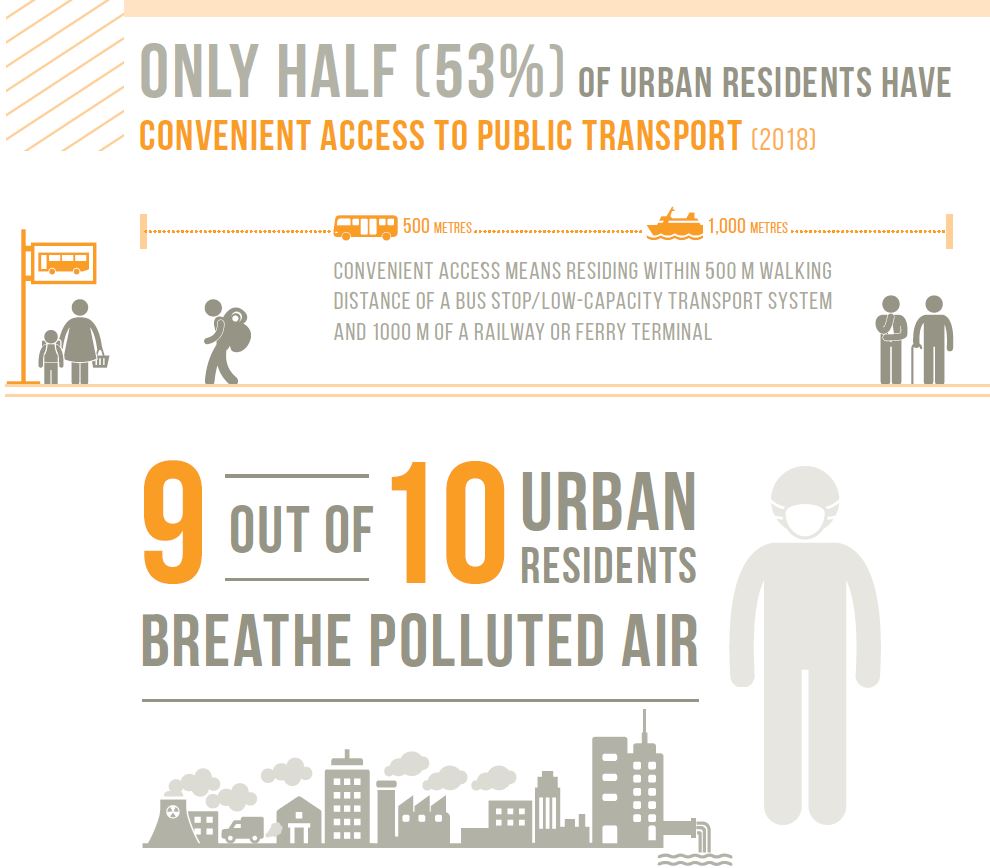 The world is becoming increasingly urbanized. Since 2007, more than half the world’s population has been living in cities, and that share is projected to rise to 60 per cent by 2030.
Cities and metropolitan areas are powerhouses of economic growth – contributing about 60 per cent of global GDP. However, they also account for about 70 per cent of global carbon emissions and over 60 per cent of resource use. Rapid urbanization is resulting in a growing number of slum dwellers, inadequate and overburdened infrastructure and services and worsening air pollution and unplanned urban sprawl.

Public transport is an essential service for urban residents and acatalyst for economic growth and social inclusion. Moreover, with ever-increasing numbers of people moving to urban areas, the use of public transport is helping to mitigate air pollution and climate change.

In some regions with low access, informal transport modes are widely available and, in many cases, provide reliable transport. Stronger efforts are needed to ensure that sustainable transport is available to all, particularly to vulnerable populations such as women, children, seniors and persons with disabilities.