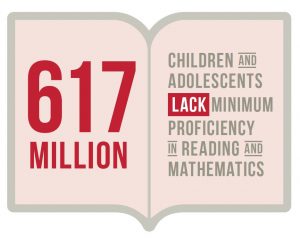 Globally, an estimated 617 million children and adolescents of primary and lower secondary school age – more than 55 per cent of the global total – lacked minimum proficiency in reading and mathematics in 2015. One third of those children and adolescents were out of school and urgently needed access to education. About two thirds of them attended school but did not become proficient, either because they dropped out or because they did not learn basic skills. 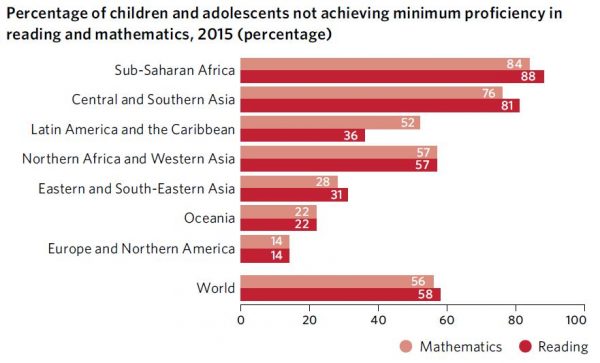 Jo Bourne of UNICEF on Goal 4

The learning crisis not only threatens an individual’s ability to climb out of poverty, it also jeopardizes the economic future of entire nations as they struggle to compete in a global marketplace with lessthan-skilled human resources. The next decade provides an important window of opportunity for policymakers to ensure that all children are proficient in basic literacy and numeracy.